A love of Germany’s culture and people and a life-long connection to CMF’s Globalscope campus ministries brought Donovan and Erin Harper together in both life and ministry in Germany.

The couple are on furlough in the U.S. and recently visited the CMF office to share their story and ministry news.

Erin’s American parents met in Germany, and she was born there. She learned about Globalscope in the Auburn University Christian Fellowship when she was in college and was happy to learn that Globalscope had a ministry, Unterwegs, in the country. Soon after college, she became a campus minister in Tübingen.

Donovan, meanwhile, is the son of Rick Harper, the Georgia Tech Christian Campus Fellowship leader who has been an unwavering cheerleader of the Globalscope model for many years, responsible for sending scores of Georgia Tech graduates to serve with the ministry, including Donovan and his brother, Garrett Harper, who serves in Puebla, Mexico.

“I think I’ve known about Globalscope since I was three years old,” Donovan said. “In 2013, I spent a week on a church youth group mission trip to Germany, fell in love with the German culture and felt God’s call to return.”

Donovan became an exchange intern at the Globalscope ministry in Tübingen, Germany, where he met Erin, who had recently been tapped to launch a new Unterwegs in Freiburg. The two were married in 2016 and moved to their new city as newlyweds to start a new Globalscope.

The Harpers admit that the early years of the ministry were challenging.

“Going from nothing to something is always challenging,” said Erin, who serves as team leader in Freiburg. “We were newlyweds and a small team. It was our exchange students who really got it going as they went to the campus and met students while we tried to figure out how to run a ministry.”

They persevered, only to face the setback of the pandemic in 2020.

“Our students are not the type to be online a lot,” said Donovan. “Freiburg is a small, outdoorsy-focused city. Zoom events were difficult, drawing very small crowds. The students love to walk in the woods, so we did a lot of one-on-one walks in the park during the shut-downs.”

Despite this, the Harpers have many accomplishments that they are proud of over the past four years.

“I’m proud of our ministry’s connection to the community,” said Erin. “We’re not just here for the students but also for the city of Freiburg. For example, we recently ran into a couple we’ve known for years and started chatting. They said they wanted to thank us for not forcing religion on them, and by living out the faith that we say we believe. We felt that living authentically in a way that they noticed was a real accomplishment.”

Donovan is pleased that the couple has developed good friendships outside of their ministry.

“We’re friends with a German couple,” he said. “We hung out with them during the pandemic, kept up the relationship and even had Thanksgiving with them. We have many student friendships, of course, but it’s nice to have separate relationships, too.”

Within the student community, the Harpers have seen slow but steady signs of growth.

“The students in Freiburg are young and open to everything,” she said. “There is a strong presence of Catholic and Lutheran churches, but confirmation was the end of most students’ faith walk.”

Erin has a close relationship with a young woman in the ministry that she’s especially enjoyed.

“Fran had a relationship with God but decided she didn’t see the point,” said Erin. We started reading books together and I can feel her softening toward God. Our deep conversations have sparked her faith journey. Now she is considering an internship at a Globalscope ministry!”

Donovan is closely following the spiritual journey of his friend Frank, who connected with Unterwegs through Café English.

“We have a shared passion for soccer that brought us together,” he said. “It’s so good to see him open up to the community and trust us, and awesome to see how appreciative he is of what we do. We can tell he’s thinking, ‘Is this Jesus thing for me?’”

Meanwhile, back in Germany

When the Harpers left for furlough, they left two relatively new campus ministers — Katie Roshelli and Nora Lahmann-Vogt — running Unterwegs. When they return to work in April, the couple are looking forward to seeing what new things the women have added to the ministry. 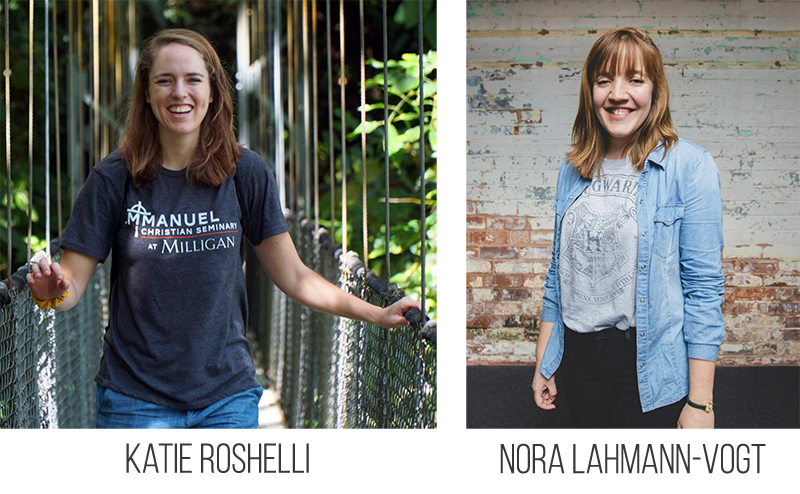 “We worked well together during the summer, and they were excited to get started when we left,” said Erin. “I made sure they were as prepared as possible before I left. I hope it’s flourishing, and they’ve had a fun time with it. There will be a lot of new things we need to learn from Katie and Nora.”

The Harpers have enjoyed the opportunity to focus on replenishing their souls over furlough but are looking forward to returning to their German home and the ministry.

“Germans have a reputation for being a cold people, but that’s not the case, at least in Freiburg,” said Erin. “They feel a responsibility to check in on others in the community. They keep an eye out for helping others in daily life, small things such as helping a mom with a stroller get on the tram.

“This care for others is present in the students, also,” she added. “They look out for their community and keep their sights on others. To me, it says that these German university students are going to be the people who go out to change the world!”