For the past seven years God has been working in the most remote part of southwest Ethiopia near the South Sudan border in incredible ways, according to CMF team members Ted and Jennifer Bertleson.

“When Lowoton (a national church planter) and I first started working with the Nyangatom people in the little villages of Kengaten and Cheldete in the South Omo Valley in 2012, only about eight percent of them were Christians or had ever heard of God,” said Ted. “Lowoton has been continuing the ministry over the years, with our assistance, and today nearly half of the Nyangatom people know Jesus, and the numbers are growing every year.”

Ted recently revisited the first church plant in the remote and isolated area of Cheldete. 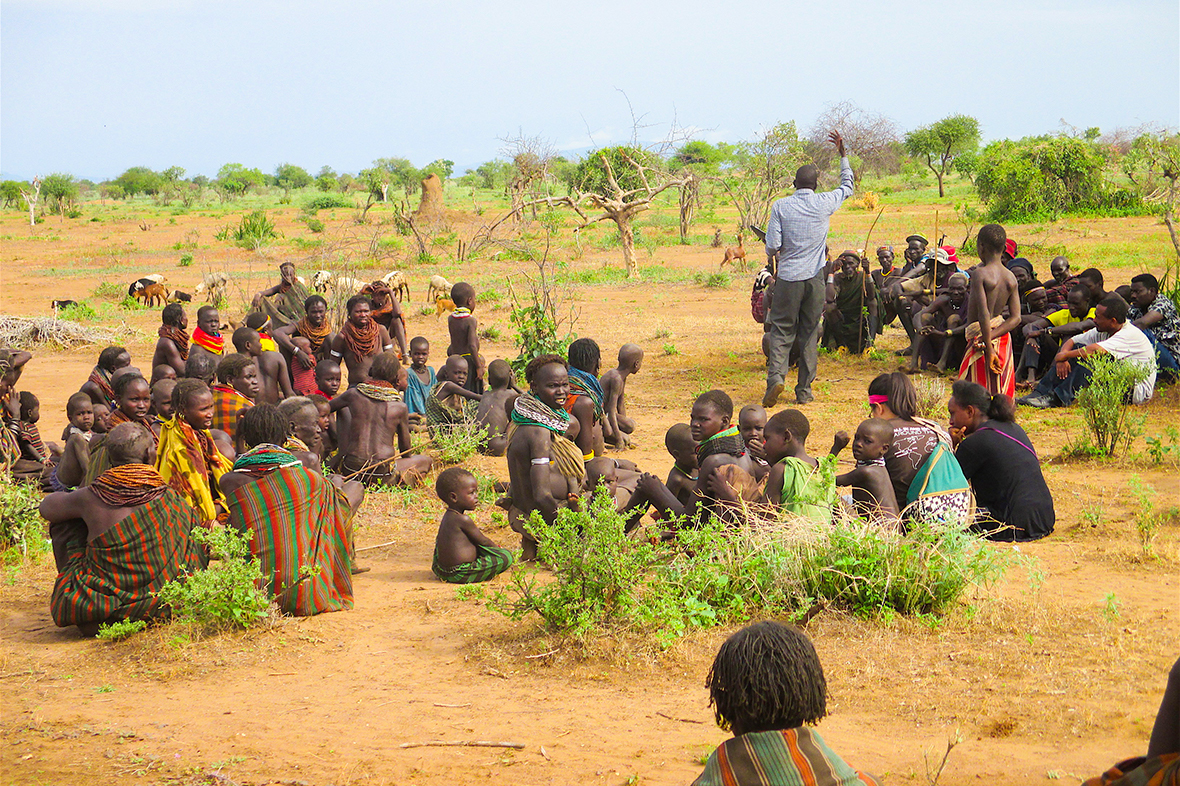 “It is hot and dusty there; it’s hard to understand how people can survive,” he said. “But the church has grown so much they needed a new meeting space, so we took the supplies needed to build a new facility that will seat more than 500 people!

“We were welcomed with so much love and generosity that it was hard to leave,” Ted said. “Over a meal of roasted goat, pasta and honey, the people of Cheldete told us of their plans to cross into South Sudan, just nine miles away, to continue spreading the gospel. Before leaving we spent time in thanksgiving for all that is being accomplished.”

Over the past seven years:

Ninety percent of the Nyangatom cannot read or write! While the literacy program is underway, Ted and Jennifer are raising funds to purchase solar-powered audio Bibles for $27 each so the Nyangatom will be able to study the Bible now! If you would like to be a part of this ministry, go here to give.