Move vital ministry forward by giving where needed most.
Give
Subscribe

Todd and Tonja Hancock: ‘I can use you in Mexico, if you’re willing’

As they celebrate 20 years of ministry in Puebla, Mexico, CMF team members Todd and Tonja Hancock are still devoted to their calling and mission to be catalysts for spiritual and numerical growth in Mexico and at Mosaico Christian Community.

The couple met as students in the missions department at Lincoln Christian College and spent seven years in U.S. youth ministry before accepting the challenge to join the CMF team in Mexico.

“During college, I had a summer internship working with CMF missionaries in Santiago, Chile,” said Todd Hancock. “And Tonja’s internship was with the Niños de Mexico orphanages.”

“So, God combined our internship experiences — CMF plus Mexico — and we took a vision trip and met the team, the Carpenters and Bantas,” said Tonja. “While there, we heard the still, small voice of God saying, ‘I can use you if you’re willing.’ We were ready and willing, so we went in August 2000 with our two young children.”

The Hancocks are currently on furlough in the U.S. and stopped by the CMF home office in Indianapolis to share about their ministry.

What are some of the blessings of your ministries in Puebla?

Todd: We went to Puebla to help start the Mosaico Comunidad Cristiana, which was born out of the Globalscope campus ministry in Puebla. We worked with the staff and students to get things started, and then as we grew, we moved out of the campus house and became independent.

The church and its leaders have been growing spiritually and in number. We built ministry teams and spent a lot of time in leadership development. We were able to ordain elders and they are leading well.

Tonja: My main ministry has been serving as a teacher at Puebla Christian School. I’ve had a lot of experience teaching many different ages and classes.

Tonja: One of the biggest blessings at the church recently is that Niños de Mexico has added two children’s homes in Puebla, and the children and staff attend church at Mosaico. That brought things full circle for me, and it’s been so cool to see the church people bring them into the family. A couple from our church have even become house parents in one of the homes.

And the challenges? How has the pandemic affected your ministries?

Todd: A challenge I face at Mosaico is getting past the idea that many consider me as the main leader of the church. Most of the members come from the Catholic tradition of the priest as head of the congregation. I am always working to implement the New Testament model of leadership by elder plurality.

Todd: However, as a result of the pandemic, we had to move to online services. Of course, our offerings went way down from job losses and general economic uncertainty. So, we had to give up our rented church home — which was a good situation —and pack up and store our stuff and move out. It was a real struggle for all of us. Now, there are so many questions marks for our ministry’s future.

Tonja: On a personal level, our son Mitchell has committed to serving with CMF Globalscope as a campus minister in Spain! He’ll be leaving soon and that will be a big change for our family. 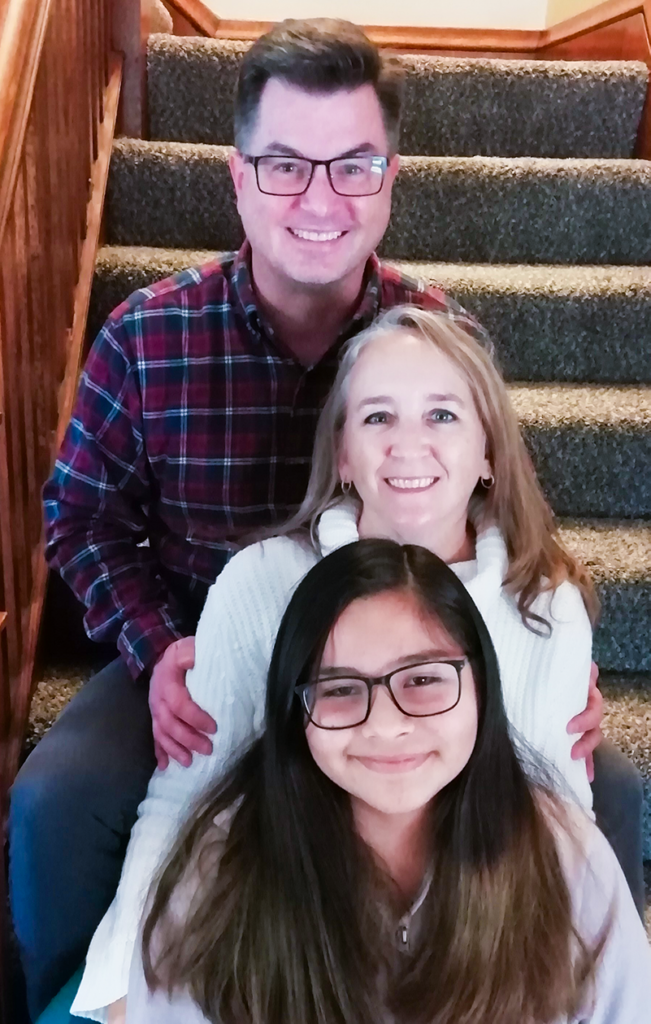 What are some of the pluses and minuses of raising your family in Mexico?

Tonja: Mitchell was 5 when we moved to Mexico and Mallory was 2. We adopted our daughter Lizzet in Mexico at 11 months old. On the positive side, the children have a broader worldview and are completely bilingual. Knowing another language is a very useful skill; they can communicate with a much broader range of people.

On the other side, I would say that they don’t feel very rooted in either the U.S. or Mexico. They have had to deal with lots of transitions, especially in their relationships.

After 20 years of hard work, why do you stay in Mexico?

Todd: We were called to a task, to be church catalysts, and we don’t feel like our task is completely accomplished yet. We don’t think we’re yet at the point where the ministry can continue without us.

Tonja: “He who began a good work in you will carry it on to completion …” (Philippians 1:6). We don’t feel that God has released us from our call yet. There are so many unreached people in Puebla, and so many needs. The more God shows us the needs, the more we feel that God still needs and equips us.