The most dramatic missions endeavor we’ve ever undertaken!

Third City Church in Grand Island, Nebraska, supports many missions consistently and generously, but several of the church’s mission team members had been feeling God’s urging to get outside the walls and move the church forward.

So when Senior Minister Scott Jones heard from CMF International Consultant Dick Alexander about the outstanding work being done in the Mathare slums of Nairobi, Kenya, by Missions of Hope International (MOHI), he shared the vision with the group. A trip to Nairobi quickly came together so the team could see the exciting things that are happening there.

“After seeing the work firsthand,” said mission leader Melanie Mustion, “our team unanimously had the sense that Third City and MOHI needed to link arms in a significant partnership to bring help and resources to Nairobi, and, at the same time, give our church the opportunity to grow as a partner of MOHI.

“We were looking for a partner who is bringing the hope of Jesus Christ and real-life change and not just putting a band aid on a problem,” she added. “At every level of our exploratory trip, we witnessed a remarkable organization that is meeting the holistic needs of its people. We were very impressed by MOHI’s vision, leadership, organizational approach and, most of all, the high level of success MOHI is having in transforming lives by bringing hope to people in the name of Jesus.”

When the team got home and shared their experiences, the congregation responded with generosity and enthusiasm!

“Nearly 250 children were sponsored at our event in November,” said Melanie. “And in addition, a December offering called ‘Hope for Kenya’ raised $101,000 for the purchase of land for the school and a church. 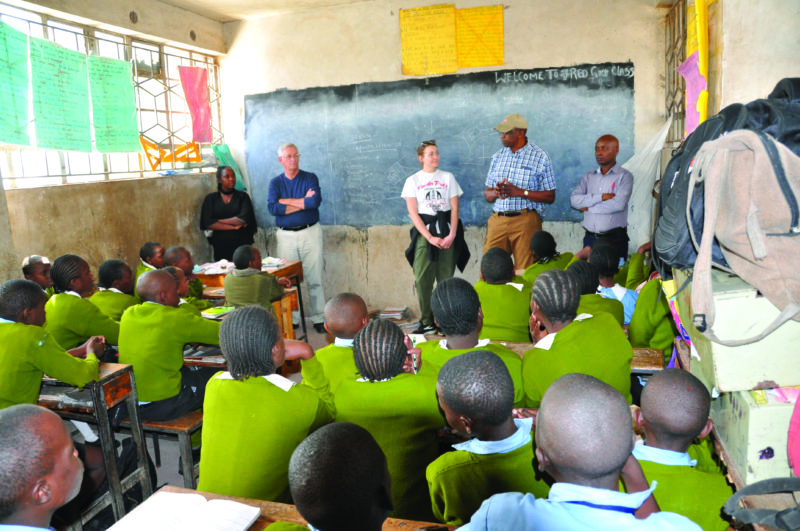 “The first of what we hope are many trips to visit MOHI will occur in September 2019, and more than 50 people have shown interest in going,” she added. “Every step we have taken has included a goal, and each time the response has far exceeded that goal.”

Third City Senior Pastor Scott Jones agrees that Kariobangi and MOHI are a great fit for his congregation.

“Third City Christian is family-centric and has a number of outreach programs that target kids and students in our community,” he said. “MOHI sees the gospel as the answer to the pressing need of its communities, just as we do.