Samwel Kozigore grew up with an animistic worldview in his remote Ethiopian village of Koma, near Yasow, sacrificing sheep and goats to the forest spirits, participating in religious dancing, and visiting the local witch doctor. But a series of dreams involving sheep and Jesus led him to a local Christian church and, eventually, his calling as a full-time evangelist with the Kristos Andinet (Unity in Christ) Church, CMF’s partner in church planting in rural Ethiopia.

CMF Ethiopia team member Travis Weeks recently interviewed Samwel, now 25 years old, about his faith story. “My goal in sharing this and other stories is to help CMF partners get a closer look at the impact of their gifts to our amazing church planters and their ministries,” he said.

Samwel was working for his family as a shepherd when he began having dreams in which someone was calling him to “teach the sheep and goats” and encouraging him to explore Jesus.

He joined the church in fifth grade and openly shared his faith, which aggravated his teacher, who sent him out of class. Over time, he became a leader in his local church.

Samwel moved to a bigger town, Kamashi, to continue school, but he had very little money and was just scraping by. His church attendance suffered, but he was drawn back by more dreams and a church conference that had a huge impact on his faith and led to his return to serving in the church.

Back to Koma and beyond

After finishing school, his home church in Koma hired Samwel as a part-time preacher. He demonstrated so much potential that he was selected to participate in CMF’s program that sponsors KAC evangelists for theological training in Addis Ababa. After completing the two-year program, he returned to Koma and served there for two more years. 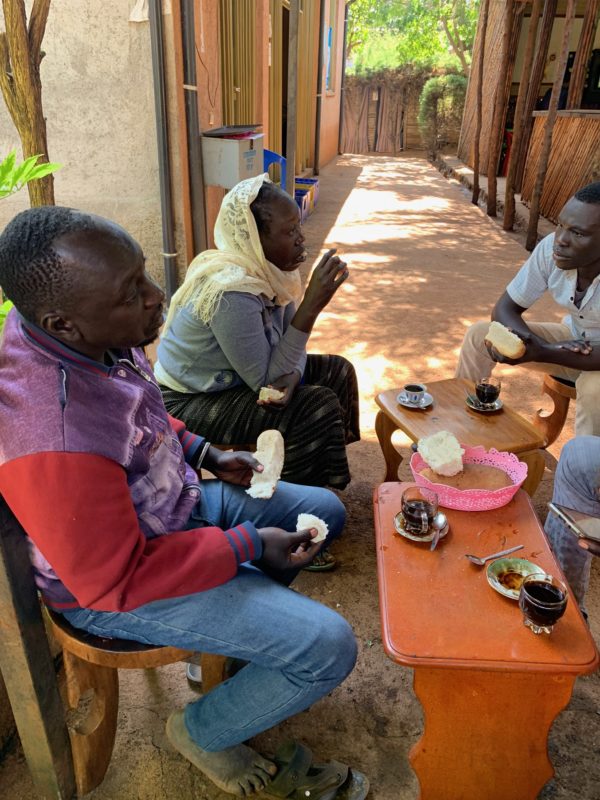 Last year, he was nominated by the regional leaders to serve with CMF to plant churches in unreached areas around Assosa.

“This is the work that God has called me to,” Samwel said. “I am actively searching for ‘His sheep’ in order to teach them about Jesus. Please pray that I will receive power from the Holy Spirit so I can have success in the work of planting churches in new areas.”