Dr. Daniel Koitatoi: ‘We are so proud of his faith and focus!’ 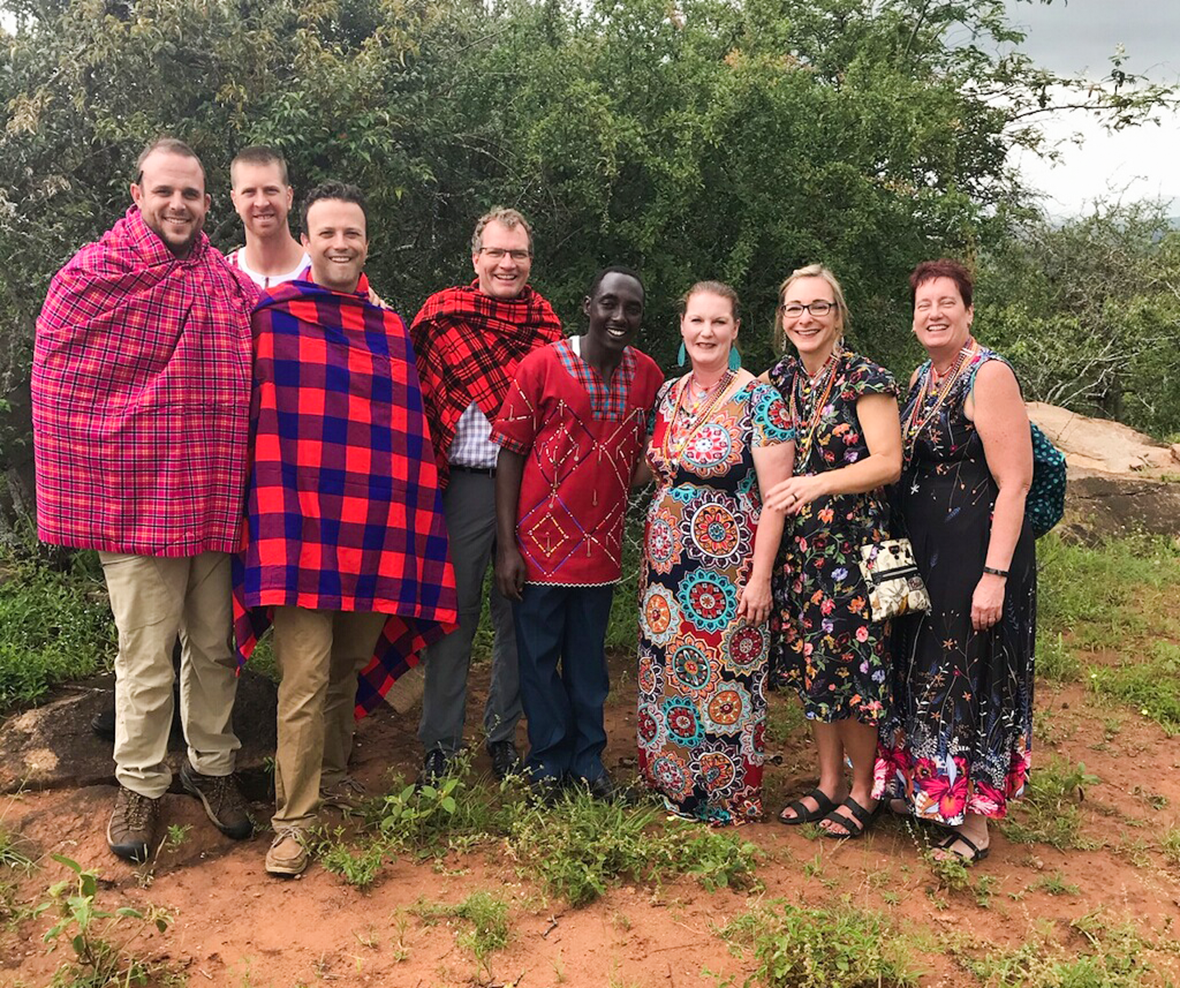 As Gary and Judy Woods watched young Daniel grow up in Nkiito, Kenya, they knew he had been blessed with special gifts. That promise was fulfilled recently when the young boy – now  a married man, father and teacher – graduated from medical school and became Dr. Daniel Koitatoi.

“We watched him grow up and he was obviously very smart,” said CMF team member Gary Woods, who was serving in Kenya at that time. “He was the number one student in preschool through grade eight, and did very well in secondary school, too.”

Early on, Daniel told Gary that he wanted to become a doctor, but he would probably settle for being a teacher instead because of the cost of medical school and his obligation as the first-born son to help his siblings get through school.

“I told him that if God put it on his heart to be a doctor, then let’s trust God for the finances,” said Gary.

Daniel graduated from college and became a teacher, working as the Headmaster of a down-country (rural) school while he waited three years for an acceptance letter from the University of Nairobi Medical School. But his dream of being a doctor stayed alive with the help of First Christian Church, Decatur, Illinois, a major partner in the Woods’ ministry. 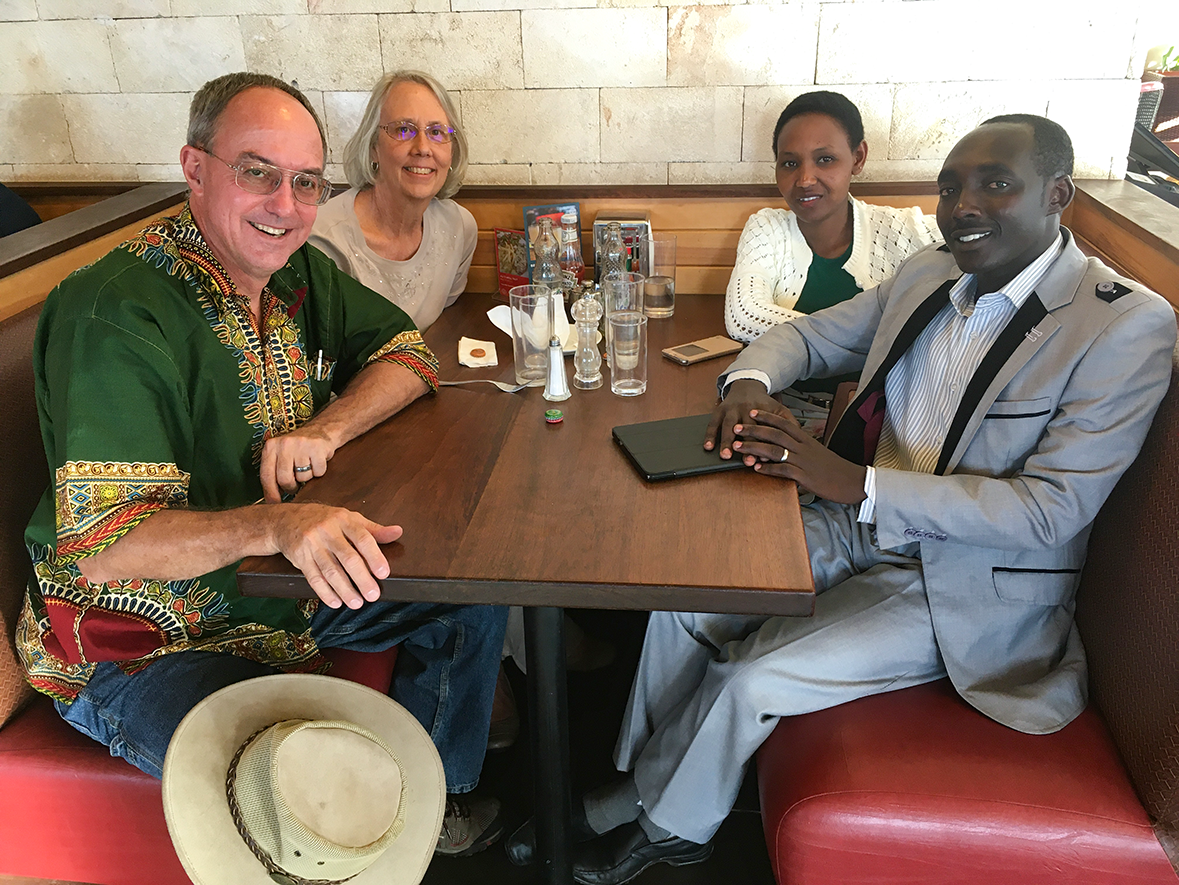 CMF team members Lynn and Dori Cazier, at left, were very influential in Daniel’s life and ministry in Kenya.

B.J. Leonard, Missions Pastor of DFCC, brought a team to serve with Lynn and Dori Cazier in Kenya in September 2010, when the Woods had transitioned to service in Tanzania. He met Daniel and learned about his dream of becoming a doctor. They discussed it again with him in September 2011 and began a partnership in 2012.

“We knew Daniel would be a good investment of our support,” said BJ. “We knew him and his family and both the Woods and Caziers spoke highly of him. Although Gary and Judy were no longer in Kenya by this time, they were instrumental in helping us navigate the process of sponsoring Daniel.”

A son of the church

While he was in medical school, Daniel assisted the medical teams that came from DFCC, first as a translator and later helping coordinate medicines and supplies for the medical camps.

“He spent countless hours helping out while in the midst of his last semester of medical school and final exams and did a superb job,” said Dori Cazier. “This was the first year that Kenyans took the lead in the medical camps and DFCC worked alongside them. It was an awesome experience for all!”

DFCC was so proud of Daniel that a team returned to Kenya for his graduation ceremony last December.

“We have all worked and served alongside Dr. Daniel and our Masaai brothers and sisters and have such love and respect for this ministry,” said team member Kelly Berry, an RN who has been on four previous medical trips. “We were honored and blessed to go on behalf of FCC to celebrate all that God has done in Daniel’s life.”

“We are very proud of the faith and focus he has maintained through the program,” added B.J. Leonard. “He is like a brother to many of our former team members and a son to our church. When we first met him, he was a single young man, fresh out of college, teaching school. He is now a doctor, a husband to Faith, father of two daughters and a man committed to the work of the Church.”

Daniel is also committed to serving the Maasai community with healthcare.

“Right now, he is working in a government hospital in Machakos, on the tribal border of Kamba and Maasai,” said Gary Woods. “We hope that eventually he will work with the clinics CMF started many years ago. Whatever he does, I have confidence that he will honor God and bless those whom he helps.”

In photo at top: