Years of patient conversations, studies and prayers have yielded fruit in the life of an Asian man and the ministry of CMF’s Marketplace Ministries team in a large Asian city. His story serves as an example of the long-term commitment often required to make disciples in Asian countries.

John has been part of English Bible studies connected with the CMF team for many years. He’s been involved in small group meetings and official church studies in both foreign and national communities, according to CMF team member Daniel. 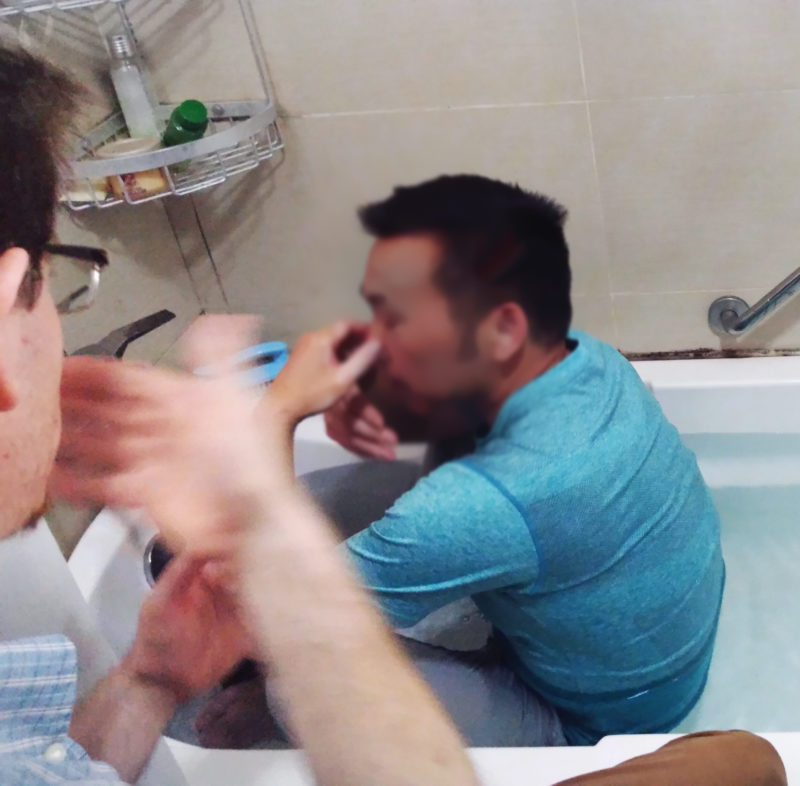 “John has been very curious and very confrontational,” said Daniel. “He came to the studies to learn English, not to learn about Jesus. As he began to hear the Truth, he asked very complicated questions and became somewhat aggressive and disruptive in his attempts to disprove what he was hearing.”

At one point, the team met with John to decide if there was demonic influence and possession involved in his life but concluded that it was a heart of rebellion and John’s conscious choices that were fueling his disruptive influence.

“We decided to keep a close eye on his progress and not remove him from the fellowship,” said Daniel. “As time went on, John began to discuss conversion and baptism, and through the influence of many people, he finally decided to give his life to Christ and be baptized.

“The service took place in the bathtub of a friend’s apartment, and John asked a few of the influential men in his life to be there for the small ceremony,” added Daniel. “Now, John continues to seek Christ and wisdom as he begins his new life in Christ!”