‘We have Unterwegs students in Erlangen!’ 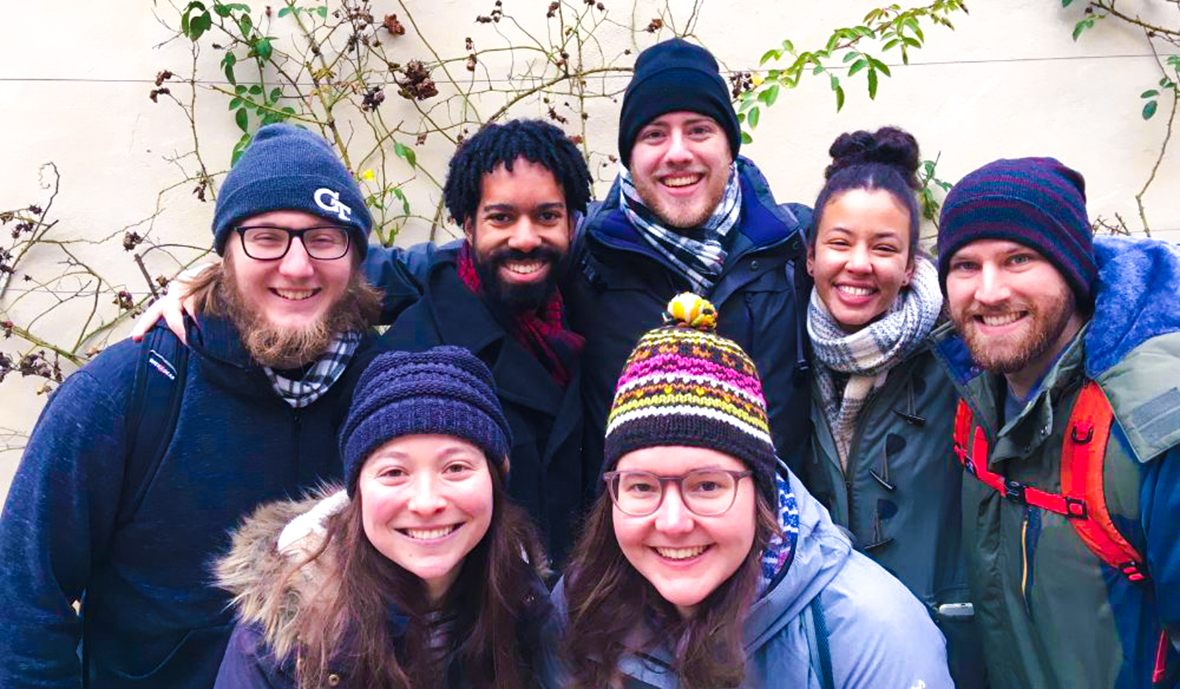 The Globalscope campus ministry in Erlangen, Germany, just completed its first semester as a team and are amazed at how far they’ve come in four months of hard work.

“Looking back, it’s funny to remember how nervous we were when we went to eat in a dining hall the first time,” said campus minister Rebecca Gilbert. “Everything was new and scary and starting a ministry here in Erlangen seemed like an impossible mountain we were trying to climb.”

The team had its successes and failures, including one planned event where no one showed up, but they were learning all the time.

“We constantly re-learned that failure is an opportunity for learning and growth, rather than something to feared and avoided,” said Rebecca.

Here are some of the many things that Rebecca and her husband Geoff and their teammates did over the past semester:

“We had almost two dozen people crowded around tables singing karaoke,” said Rebecca, “and at some point in the night it hit us: we have Unterwegs students in Erlangen! I teared up a little as we left the bar because despite all of our doubts and failures, God is here and working through Unterwegs!”